Explaining the Cause Behind The Woman Rising Project, Inc. 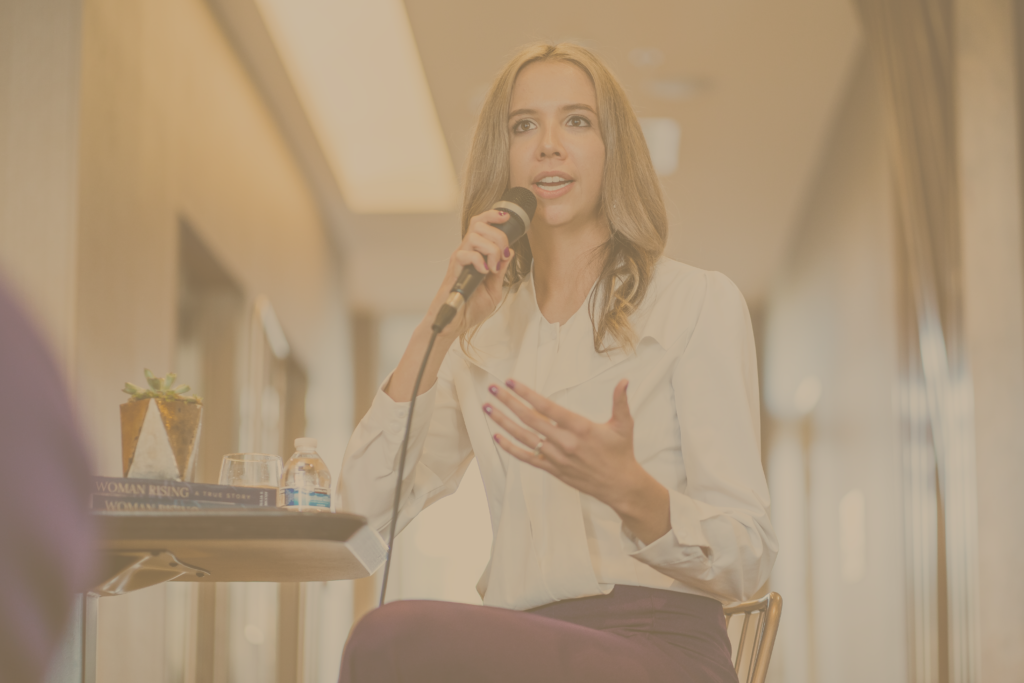 Our focus is on exposing hidden cults and helping trauma and domestic abuse victims heal.

We believe there are thousands of cults and abusive households hidden across America, living in plain sight, existing without being touched. Some of these situations lead to the death or complete destruction of their victims.

It’s time for a voice for these victims, who are stranded and without allies. It’s time to spread awareness of hidden cults so other families stop sending their children to these cults.

It’s time to make a difference.

Our founder, Julia McCoy, was once that “silenced victim.” She spent 21 years of her 29 years of life in her father’s closed cult in Pennsylvania, outwardly disguised as a Christian church and rooted in Fundamentalism.

Julia escaped her father’s cult in the middle of the night in 2012, and since then, has founded a million-dollar writing agency and created five brands. She has found healing, happiness, and joy along the way.

But she knows not everyone finds healing the way she has.

Two of her own siblings are still locked up in her father’s cult, and hundreds more families are affected by her grandfather’s side of the cult.

And that’s why she wrote Woman Rising: A True Story.

In Woman Rising, Julia pulls the curtain back on her childhood and reveals light on what has been hidden for decades. She felt called to write this book in the hopes of making a direct impact in the lives of those who are being silenced and abused.

In The Handmaid’s Tale, a place is portrayed fictionally: Gilead, a totalitarian society in what used to be part of the United States, ruled by a Fundamentalist regime that treats women as property.

In all reality, this is what Fundamentalism does.

“We need more voices that stand up, that point out the monsters behind these ‘invisible’ abuses—even if the monsters are our own fathers. The world needs to know the truth. This abuse is not okay.” Woman Rising, Page 15.